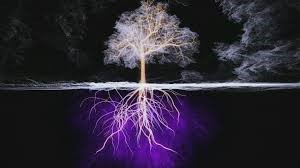 What do people actually want to hear in response to this question? That you really are the veritable unicorn they are looking for; strategic, commercial, empathetic, client-centric (deep digital knowledge goes without saying…)?

Or could it be that something which others could see as a barrier to success in fact defines you, makes you stand out and brings diversity of thinking to what you do and how you do it?

Last year Thomas Byrne commented here on an article in the Guardian about GCHQ (the UK’s surveillance agency) and the fact that their apprentices were four times more likely to have dyslexia, as those on other schemes. They have found that people with dyslexia have valuable skills which enable them to see the bigger picture, quickly, and they spot patterns in complex, multiple data sources, that others might miss. Tom says that his dyslexia IS his superpower although admits that he struggled with it when younger. In fact his parents were told by an educational psychologist (when he was seven) that he should learn carpentry, as he would not be able to succeed intellectually. Anyone who has spent more than 10 minutes in Tom’s company will now be smiling…!

In a previous post I wrote that being nosy was perhaps one of my superpowers as I like meeting and understanding people and remember (often unusual) things about them, which is quite useful in our business. Speed is another, I can process a lot, quickly, I have good time management skills and can multi-task but it is also something I have to be mindful of as I know it can be perceived as not being “in the moment” and can be an irritant to others as most of my team will corroborate.

Overall, I would say that what can come across as a trite question, is designed to move the candidate away from formulaic answers and encourage more creativity, freestyling. Superpowers have two sides, but it’s increasingly important to be authentic and vulnerable about who you really are.

Clearly if you are asked what actual superpower (in the superhero sense) you would choose if you could have any, that’s a completely different proposition and mine would definitely be invisibility so that I could eavesdrop on interesting conversations, which I suppose brings me right back to my nosiness, or “natural curiosity” as a good friend kindly called it!